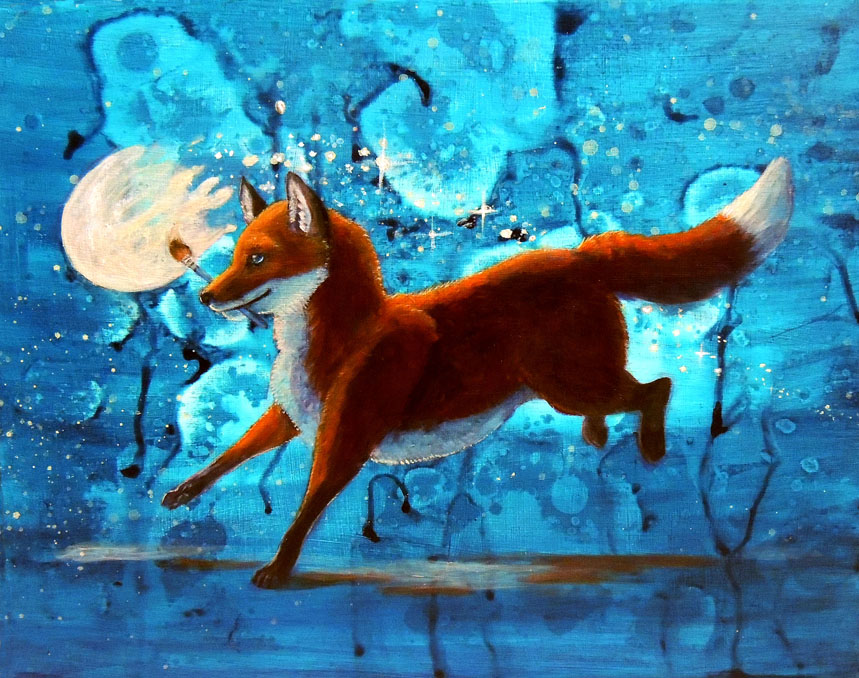 Fox was upset to be left out as the Werewolves were creating the world. “Foxes just don’t have the natural ability for Creation,” they said. Fox enviously watched as Night was formed, longing to take part.

As the velvety blue creation dripped he waited until the pack was fast asleep. He crept up to the camp and stole enough hairs from each wolf to make a paintbrush. That very night he created the moon, and danced with it across the sky. Big brother Coyote was so amused by the trick that he laughs every time he sees it, even today.