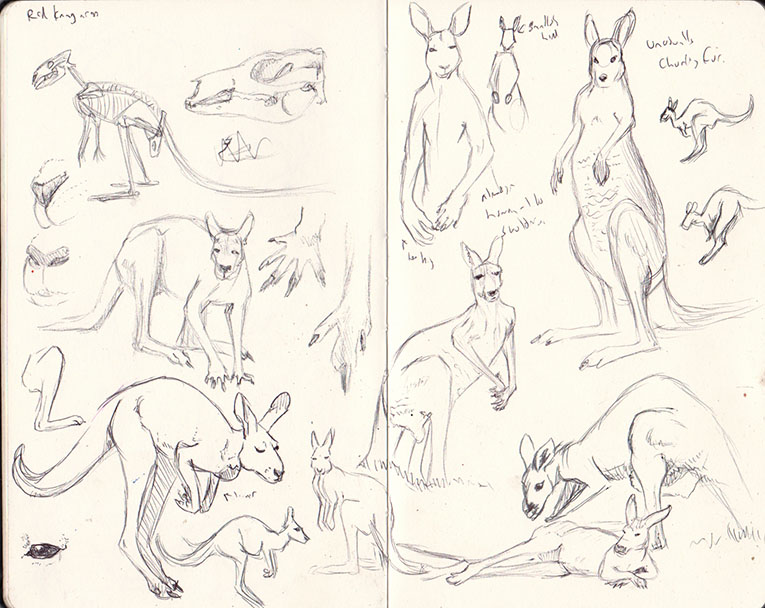 I find rabbits particularly hard to draw, despite having kept them for a number of years.  We actually bred Creme D’Argents and American Blues for a while.  Their bodies are much like a coiled spring, waiting to be released, their spinal curve is very different from other animals.  I chose to contrast it with a red kangaroo, an animal that has a similar means of locomotion by hopping.  They also are both herbivores.

Rabbits are lagamorphs rather than rodents, though they superficially look similar. Unlike rodents, the incisors actually have a second set of pegged teeth behind them, and there’s an lattice-pattern in the skull’s sides.

Thought it would be an interesting follow-up to the rabbit and the ungulate I did earlier given that marsupials have a very different lineage and any comparisons are by adaptation rather than genealogy. I did poorly with some of the proportion shots, perhaps the effect of a headache =) Kangaroos have a chest that in some poses looks almost human. Their toes are also fascinating, with more than one set of bones encased in the structure. In the future, I plan to do something else in the kangaroo lineage, probably a rock wallaby of some sort.