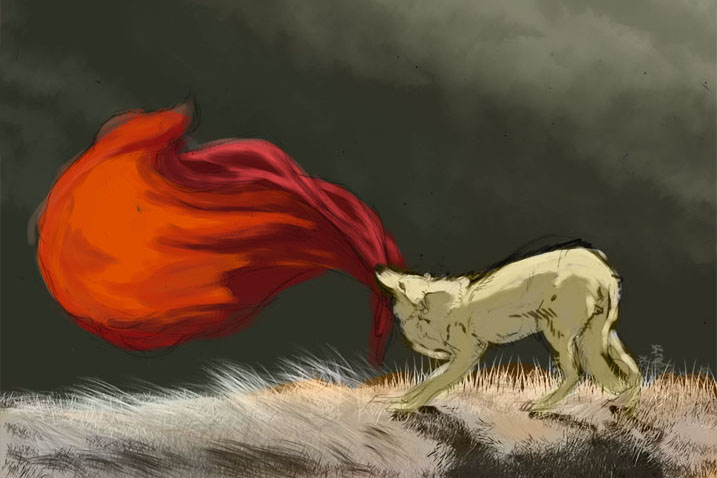 I am chugging away on this painting that has been on my mind a bit. It’s the largest I’ve ever worked on a traditional painting, 2X3feet canvas.  I know that’s like…still small for many people but for me it’s a leap!  I’ve been practicing the art of the 3 tone thumbnail lately, but in this case I cheated a little because red is such a strong color =X  I wanted the painting to be about the subsurface scattering in the cape as much as the wolf.
Here were the thumbs.

I did studies of both wolves and fabric in an effort to nail some of the details.

There were more than those of course, but you get the idea!  I then re-did the sketch with reference, scanned in the results and noodled in Photoshop to get the idea.

And here it is on canvas so far:

Some of the initial thumb got lost in translation.  I may at some point do up a digital version from the digital sketch but we will see how it looks as the red eliminates the under-painting of yellow.